Who is running our military? 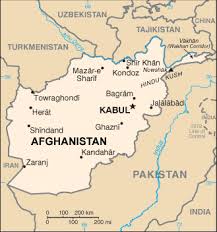 The events of the past couple of weeks makes us wonder who is in charge of the US military. Does it matter that the spokespeople are not on the same page? Is the President the Commander in Chief, or just going through the motions? Let's take a look at some things that certainly give reasons to stop and wonder what in the world (pun intended) is going on?

First of all, we have no real plan to battle ISIS. We are swatting a fly here, a flea there. Our military is just on the sidelines waiting and watching...for what?

Putin? Obama meets with Putin, and of course plays it up. Only to have Putin lead Russia into a build up in Syria, then bomb what supposedly is the same people we were training and supporting. The Defense Department says they had no clue. John Kerry calls Putin, "unprofessional." Are you kidding? Unprofessional? A very strange choice of words to say the least. But again, the point is, we were clueless.

And now we are watching Putin have a plan in Syria. Join Syria, Iran, and now Iraq. Boy have we lost the edge. What about Obama's promise to make sure Assad goes? Well, that train has left the station.

Of course when anyone talks about this stuff, Obama just says the other side just wants war. With Obama, there seems to be only two choices: Nothing or war. We don't remember Ronald Reagan going to war for the Berlin Wall, Poland, etc.

And then we have this little matter about us bombing a hospital.

Not more than a few hours, Obama was on the spot, complaining about lack of gun control after the horrible tragedy in Oregon. In fact, he boldly made it political. A rather shameful act, actually, for the President of the United States.

But then we bomb a hospital and what is his response? Silence.

First we say we are looking into it. Then we say we did it because the Afghans asked us to. Followed by a few days of silence. Eventually, we admit it was a mistake. But that's not enough for this administration. No. They have to now say it was all the fault of those in Afghanistan. That is, blaming it on our military men and women who were just following orders. It's called passing the buck. "Stuff" flows downhill, as our fellow vets would know.

Obama should have spoken right away, AND TAKEN FULL RESPONSIBILITY! We bombed a hospital that we helped build.

The only people who ever do anything wrong, according to the president, is anyone but him!