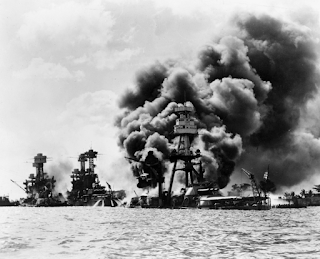 December 7, 1941, is a day that will live infamy. Sadly, the day is being quickly forgotten. Have you heard anything today about it? Probably not. Wedged between Thanksgiving and Christmas, most people are thinking about other things. But this day changed the world.

In 1994, Congress made this day National Pearl Harbor Remembrance Day.

Many veterans of World War II are dying. Soon, only a handful will be left. The Greatest Generation will soon be gone. We can only hope that as Donald Trump takes office, that America will make up some ground that was lost over the past eight years. We have made the world less safe.

But our men and women in the 1940's, defeated world powers of evil and made this country a true world leader.

2,403 Americans lost their life in this attack.

The USS Arizona was left underwater. Alone, 1,777 crew members were among the casualties.

Did those lives die in vain? Think about this. The very next day, The United States declared war on Japan and became part of World War II. Without the United States entering the war, where would we be today?

This wartime era of America, and the some of the world, became life with sacrifice, willingness, strength, and courage to defeat evil. Perhaps this was the last time this will ever happen.

We salute The Greatest Generation.

How to help veterans at Christmas 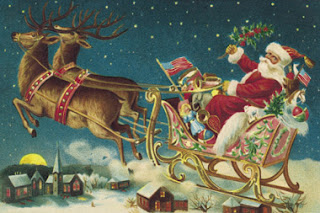 Secret Santa for Vets. Not only can you help out with cards and gifts, you can tell them the name of a veteran who might love to get some love. Visit them at: http://www.ssjdmf.com/secret-santa-for-vets.html This program was set up by The Staff Sergeant Joseph D’Augustine Memorial Fund name in honor of a veteran killed in action in Afghanistan.

Wreaths Across America.  They honor fallen veterans by placing wreaths on gravesites on various veteran cemeteries and burial sites across America and the world. Visit them at: www.wreathsacrossamerica.org
at 3:12 PM No comments: