Joe Arpaio? Obama commuted the sentences of a terrorist and a leaker of classified files 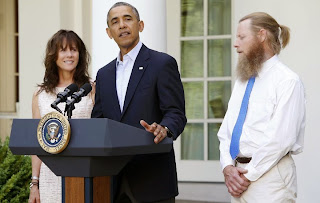 So, much is being said in the media about President Trump's pardon of Joe Arpaio. The news media and certain political leaders, seem to have a very short memory.

The photo on the left shows Obama after he paid for the ransom of an Army deserter. Where was the news media?

Remember Bradley Manning? He had a sex change operation paid for by taxpayers. He changed his name to Chelsea Manning. This fool was an Army intelligence analyst. And he gave classified material to wikileaks. He was convicted of various espionage charges, and sentenced to 35 years in prison.

Along comes President Obama, and commutes his, er....her sentence and she is released.

Nobody on the left cared much about that, did they?

Obama also released hundreds of Gitmo prisoners. Half of the ones he released have returned to their terrorist ways.

Obama set records for monthly pardons. He pardoned more people than anyone since Harry Truman.

Literally hundreds of convicted felons have been released and pardoned by Obama.

Nobody seems to care.

And yet, Donald Trump pardons one person and the news media goes ape.

All Veterans Can Shop Online at Military Exchanges 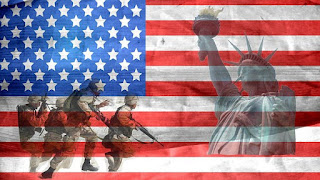 There is a brand new benefit starting up for all, yes, ALL, honorable discharged veterans. Starting November 11, 2017, they will all be eligible to shop online at military exchanges.

One huge benefit of this is that it is essentially tax-free shopping.

If they can offer free shipping and store-pickup, it could be a way to compete with amazon, and help our vets with a small, but generous perk.


However, you should also know that this is only online. If you are not now eligible to shop in person, you still cannot do that.

You can probably immediately verify your eligibility online at https://www.vetverify.org/ If you are a rather recent armed forces member, you might not be in that system yet.

There are four online exchanges you will be able to shop at:

We hope this little benefit will be useful and helpful to our veterans and their families.